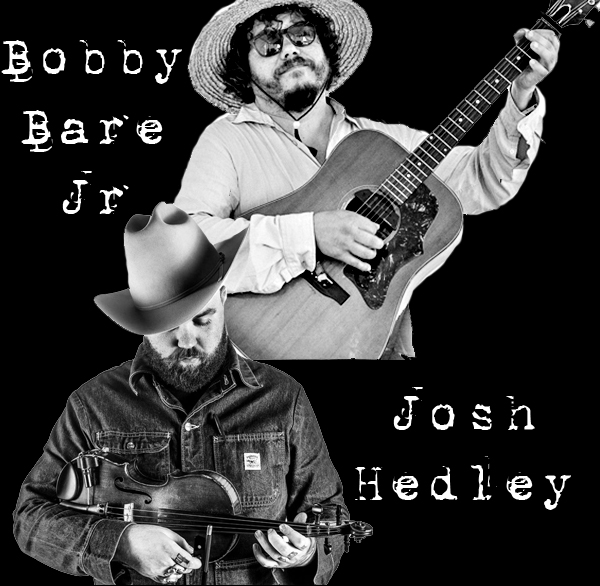 Two Tennessee-based singer-songwriters will make their rounds in Rome during the second weekend of September as featured performers at both the 8th annual Rome Beer Fest and 12th annual Rome International Film Festival (RIFF).

Folk/Americana musicians Bobby Bare Jr. and Joshua Hedley will play an hour-long set at Rome Beer Fest on Saturday, Sept. 12, at 2:30 p.m., joining a curated line-up of musical performers including local favorite David Bell, country-meets-grunge trio The Briars, and reggae rock band Five 40. The centerpiece of the event will be over 150 types of beer from all around the globe. The sampling event will be held along the banks of the Coosa River at Heritage Park from 1 p.m. to 5 p.m.

While at the event, the duo will be helping to promote the Rome International Film Festival’s Saturday evening screening of Heartworn Highways Revisited. The documentary, much like a sequel to Heartworn Highways (1976), follows the lives of Bare, Hedley and others who have come to form a new generation of country music’s “outlaws,” telling their stories through live performances and intimate vignettes.

“I was a huge fan of the original documentary and it introduced me to a lot of great new music,” said Seth Ingram, RIFF executive director. “Bobby Jr.’s father was a Nashville superstar in the 1960s and 70s.”

Both films will be shown at the Historic DeSoto Theatre beginning at 6 p.m., sharing the story of a “back-to-basics” movement in country music that came about in response to the glitz and the glamor of the 1970s. Musicians in both movies have been lauded for honoring the past while making their own way as they have returned to the country genre’s roots. Bare Jr. and Hedley will take the RIFF stage and perform live around 10 p.m. at the conclusion of the film block.

“This particular weekend in September is a wonderful time for Romans and visitors to get out and experience all that our community has to offer,” said Erica Simpson, Rome Beer Fest event coordinator. “Involving these two talented men as a focus was a great opportunity to bring a busy weekend in Rome full-circle, as we sought to cross-promote and support two great causes through two amazing events.”

Those wishing to celebrate where beer and filmmaking collide before Saturday are also invited to attend a special 5 p.m. “happy hour” block featuring Blood, Sweat, and Beer on Friday, Sept. 11. The documentary tells the story of two upstart breweries in Maryland and Pennsylvania, their creators, and the unique challenges that they face from the first decision to begin a brewing operation, to the grand opening and beyond.
“Rome is truly blessed to have such a big arts community for a smaller town, and people who are willing to put money behind it,” added Ingram. “The fact that we are able to draw so many people into town for our beer festival and RIFF—and to provide them with a great time—is an indelible mark we have the opportunity to leave on them as a community.”

Admission into Rome Beer Fest starts at $30 for advance tickets, as well as VIP for $50 and designated driver for $10. Visit www.RomeBeerFest.com to purchase tickets and get more information on the different levels, access the schedule of live performances, and to discover which beers will be available to sample. All attendees must be 21 years of age or older and present a valid form of identification for entry. All proceeds from the event will benefit the Rome Area Council for the Arts.

Tickets for the Rome International Film Festival start at $6 for block passes, $15 for day passes, and $80 for all-access. Entry into the screenings can also be purchased onsite at the Historic DeSoto Theatre at anytime during the event. Tickets and information on the different films and themed blocks are available at www.RIFFGA.com